(You forgot the colorfilm, my dear Michael,

Now no-one believes how beautiful it was here,

You forgot the colorfilm which touches my soul,

Everything is blue and white and green and later it is not true anymore.) 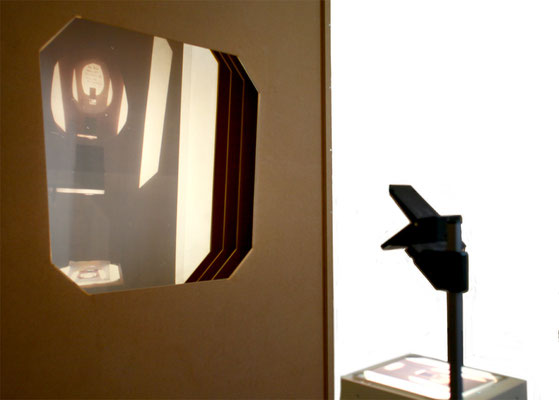 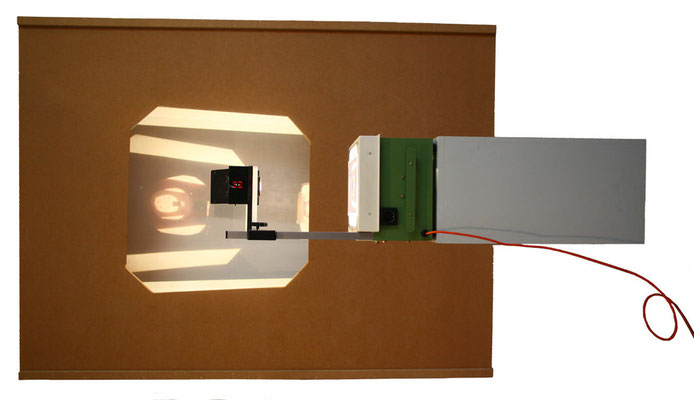 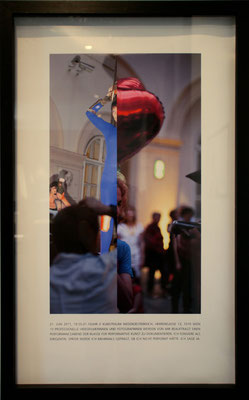 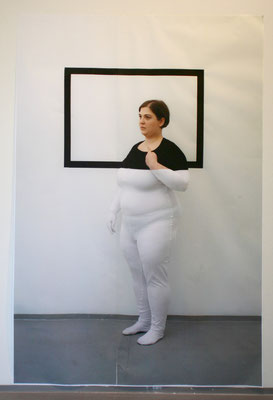 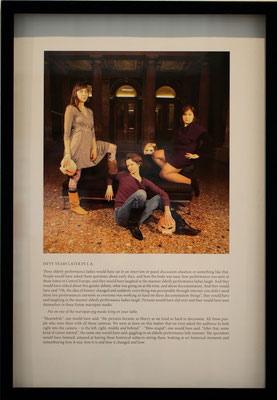 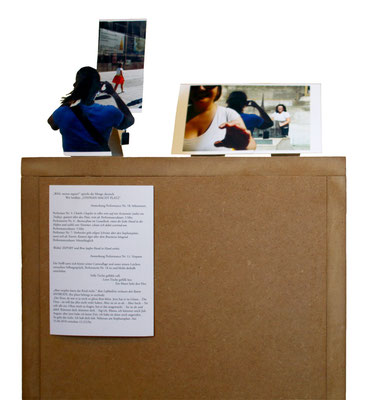 Excerpt from a Spiegel interview with Tino Sehgal f om January 28, 2010:
”SPIEGEL ONLINE: On one hand, you rely on the cooperation of your recipients, on the other hand, you act like a control freak: no pictures, no video documentation, no catalogs. A contradiction?
Sehgal: No. I am talking about creating something non-material. Why should we come up with something material on a secondary level? Also: If you want to allow something new or different, you have to start brute with new rules. Otherwise you are just swallowed up by the existing conventions and you‘re back at the status quo.”

To see pictures of Sehgal‘s performances from big institutions is not as easy as clicking a mouse. I respect Sehgal‘s stubborn approach, however the process seems doomed to fail. No archive. Working with documentation allows us to draw conclusions about the way we think, live and act. Nevertheless, discursive contextualization does drive us into a corner. Clear thinking and the ability to act becomes paralyzed. We (performance artists) have reached a point at which we are no longer able to escape the contextualization of Performance Art –in the sense of a self-reflexive discussion. It is a fairly recent phenomenon. This genre has just reached a time when it is secure. It has been active for over sixty years (with the first generation of artists now in their seventies/eighties).

Even Performance Art now subscribes to the idea that an individual work can contribute cultural knowledge through its documentation. Furthermore, the awareness in Performance Studies has changed in that performance is no longer just viewed as a direct event in the here and now, but as a work that’s part of a genre, a tool.

This change in the thinking about Performance Art is closely tied to the the current shifts present in contemporary theater. Theater tries to remove the contract of ”To-act-as-if” to include moments of authenticity alongside interactions with the audience. Within Performance Art we can see the repercussions of this contract. A contrast which results from the thought that our identities are fed on (social) structures and autopoetic repetitions.

In the left diagram I‘ve tried to give an overview of motivation
and contexts of performance and documentation.

A statement about the connections between performance and documentation and about my work (In German)
Veronika Merklein-Du hast den Farbfilm v
Adobe Acrobat Dokument 144.4 KB
Download

self-portrait as someone. mentally, I was suddenly sixty and segregate myself in all the small and reputable stories. someone will say, in reality it had been far too long and agonizingly boring. that was in the nineteen-hundredsixties. one more time. in reality, it had been far too theatrical and conceptual. I see her still drawing the line, tracing an imperceptibly pencil line. no sweat. no pain. cut.