"In her exhibition "DIE HARD" she tells a story about the asymmetrical power structures in which people in their social environment are reduced to only their bodies and looks. The causes lie hidden deep down in the structure of our society, with interpersonal objectification patterns often being defined and influenced by instances of power. According to French social theorist Michel Foucault, human behavior in late-capitalist society is controlled by the government on the basis of different principles and in different forms. However, Foucault's concept of 'government' does not refer to the state's ruling power, but rather to governing people in the sense of steering, controlling and leading them. In addition to these internalized exercises of power and the socially communicated expectations, the power of the media should not be underestimated. Consequently, individuals also develop a role identity through the media, an imaginary image of themselves, what they should look like and how they should act in social situations."

"In her works "DIE HARD" and "DIE HARDER", Veronika Merklein identifies with action hero Bruce Willis, who as maverick police officer John McClane wins his hopeless fight against dangerous terrorists in the action movie Die Hard. The artist compares herself to a heroine in her daily struggle against prejudice and stereotypes of overweight people. Fries and ketchup reflect deep-rooted clichés implying that the diet of overweight people is always unhealthy and they only consume fast food. Their internal wounds are shown to the outside world and can be seen in the form of large ketchup-red stains on the white T-shirt. At her own expense, but in a fine and sharp-witted manner, she mocks uneducated, conformable people who let themselves be misled and under slogans bow down to supermarket chains (as the current "Eatkarus" advertisement of Edeka), corporations, doctors, nutritionists and beauty consultants at the expense of self-confidence and identity."

"Constantly being judged by others merely because of one's own body causes an imposed feeling of guilt. That is why an insecure person often hides like a criminal when eating. Merklein addresses eating as a criminal act in her piece "Im Keller" ("In the basement") and formally draws upon Cindy Sherman's series of photographs Untitled Film Stills. Merklein's large-format photography shows the same narration and reaction to something outside the picture. This reflects the look, the body movement, the basement light and the theatrical characterization of those presented, with a stronger focus on the characterization than on the plot itself. The viewer may assume a certain unmasking of women (in the American murder mysteries of the 1940s), liberation and emancipation from social constraints and valid norms. In film noir style, two vicious anti-heroes appear. They cynically eat up all the salad and drink all the water."

"The artist rounds off her solitary story of being different with a performance in which she deals with freak shows with the motif of the Fat Lady. She combines the figure of once beautiful and "normal" Cleopatra from Ted Browning's film Freaks, who is mutilated by others and, resembling a duck now, is shown as an oddity in a box in sideshows in order to entertain only seemingly normal people with the character of the Fat Lady to be gazed at in wonder at any sideshow. She is advertised highly sexualized, always in the superlative, as the heaviest female alive – fat and pretty. (...) In order to provoke this gaze (after Jacques Lacan), the otherness, the other one's pleasure in looking, the artist rests on a lower-lying platform in her created world of an anticipated "land of plenty" and calls upon the viewer to understand rather than make a judgment on being different." 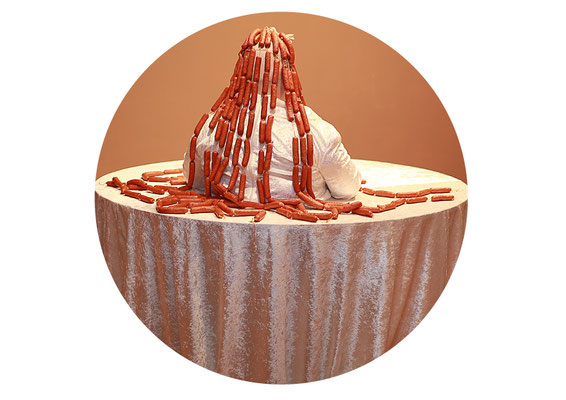 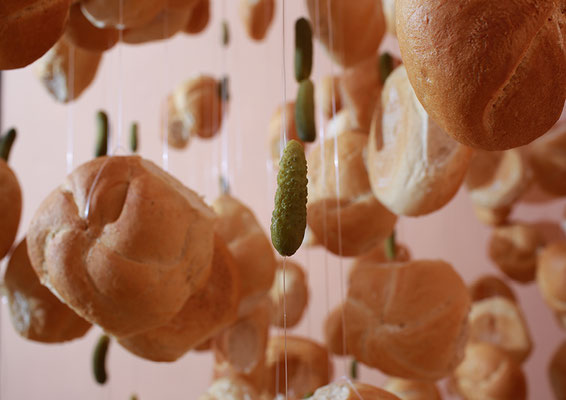 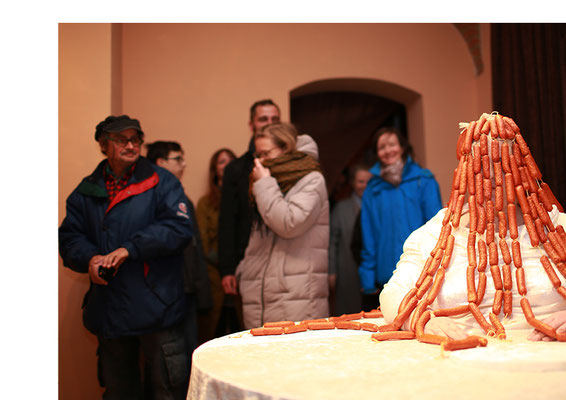 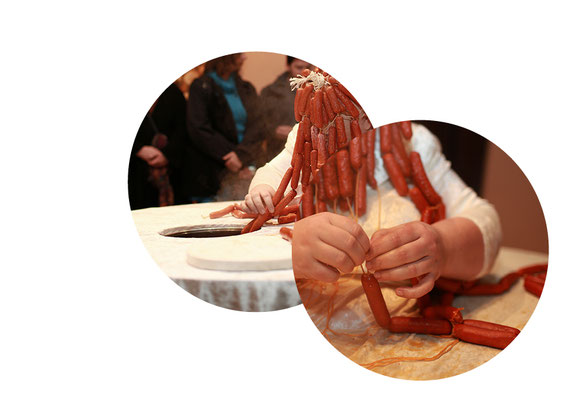 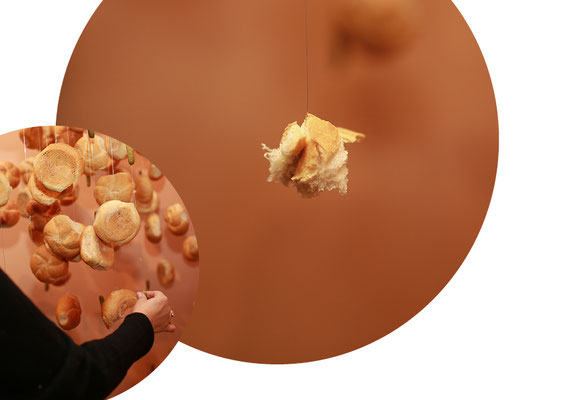 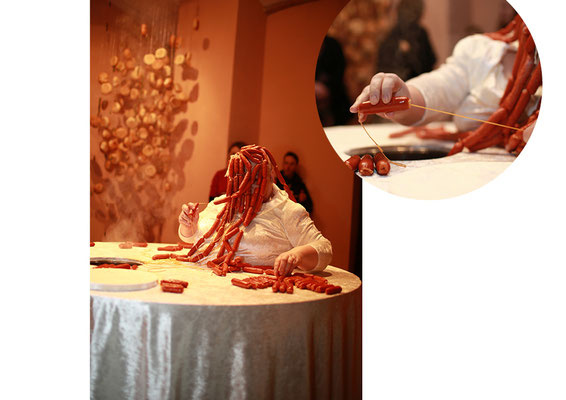 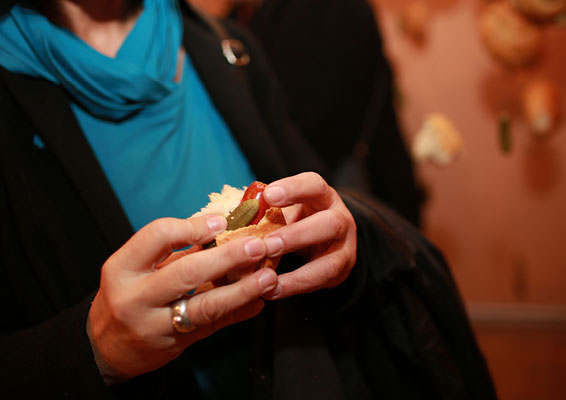 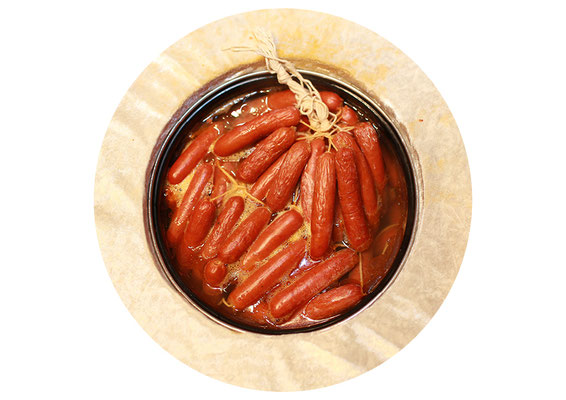 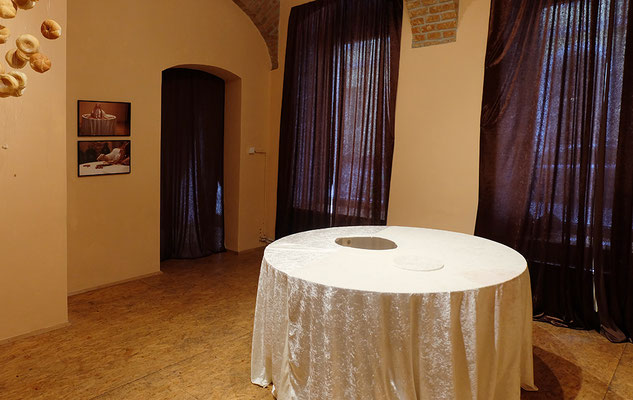